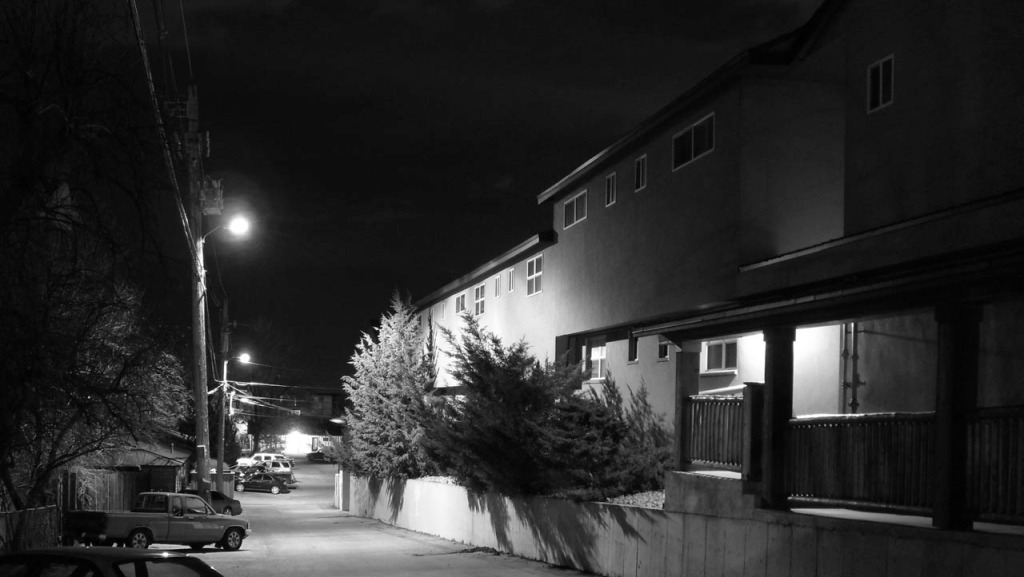 You put the pin in afterward, he said, twisting the pistol around so I had a better view of the barrel’s clean gash. Like this. The barrel snapped closed and he handed the pistol to me. The old man’s eyes were the color of bullets. Now you try, he said.

The gun had the energy of an animal in my hand. I stared at it and moved it around and watched the light reflect in its chrome sheen and then I looked back at the old man and he was grinning at me.

When I was your age we didn’t have fancy guns like that, he said, nodding at it. The first pistol I ever shot was a beat-up police-issue .38.

His eyes darkened and focused on something distant for an instant before lighting back up. My old man stole it from some cop, he said.

What did you shoot at? I asked. The old man shrugged and said, empty coffee cans in the backyard, targets we’d made from wood.

I nodded and stared out from his garage to the street. It was quiet and bright.

How old were you when you shot your first person? I asked him. He dropped his eyes to me and pulled a small cigar from his pocket. He lit it and blew streams of smoke out his nostrils.

What makes you think I ever shot anyone?

Your old man said that? he asked, coughing out smoke. He looked out to the street and sighed deep in his barrel chest. I like your daddy, he said. He’s a good father to you kids. But he got no business telling you stories like that. Specially when they ain’t true.

The old man’s eyes darkened again and he took the gun from me delicately, a softness in his bones.

Let’s go inside and make you a sandwich, he said.

I watched him lock the gun away in a black toolbox. A faded tattoo of a bulldog painted one of his forearms. I had the strange feeling that I’d hurt him, that I had sliced him with a knife and memories spilled out.

I stared out to the street again and a strange wave of sadness slid over me just as a cloud passed across the sun.

Come on, son, the old man said, and we went inside.