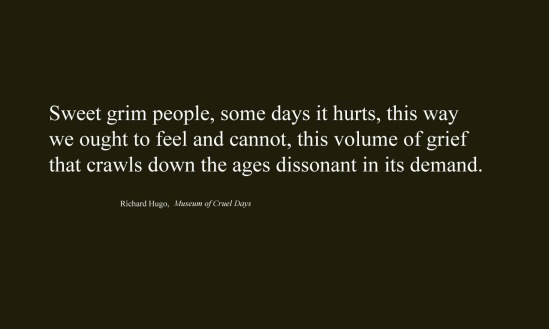 They said that with an intellect advanced far beyond one’s years there will always accompany it a cognitive malady or other neurosis equally advanced, because the universe must always find a way to balance its extremes. And the boy’s gifts were indeed extreme. This is how he came to suffer adult phenomena at a very low level of maturity, due to this balance, or imbalance, if you will. He was so sick that he couldn’t translate his fears and feelings into language in order to articulate them to others. They said that because of this, the boy suffered through a debilitating anxiety throughout his childhood and adolescence while the few people who bore witness to his gifts had no idea of the struggle inside him, the strain and terror gnawing at his spirit.

And it was due to this complicated element in his life that the boy, or the prodigy child, as they called him, grew into the world as well as into himself with a very gentle disposition but also a deep contempt of the world that would accompany him unto his death.