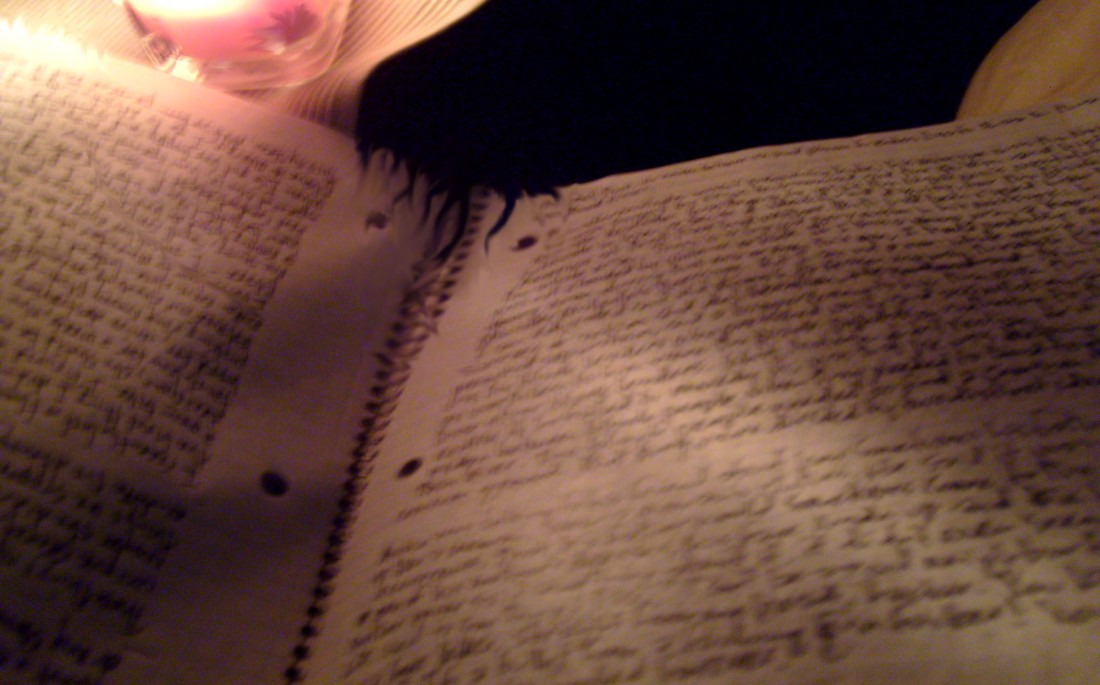 The voice speaks to me, it is a deep voice. At times I understand the language, two or three words per ten-second interval, I understand certain words that my mind fashions into a particular pattern, for this is the essence of mankind’s relationship to its languages. Sound from the mouth, boorish and vulgar. The human mouth hot and rank and moist spews forth sounds shaped by the lips and tongue, spit cascading outward in a shower of repugnance and we form patterns, this is how we begin to understand each other, if such a thing is possible. Words on pages written by hands skilled at constructing symbols, again, in patterns, much less offensive and disgusting, much more worthy of veneration, the written word. Anyone can speak. A person just born begins speaking immediately, incomprehensibly. But how long until that person can write legibly, coherently, construct a diagram of cogent thought? How long until we realize just how gifted this person is? How long until we realize that he or she says nothing of merit, that he or she never will? How long until we realize this person will have nothing of value to contribute to its culture? How long until we realize that we would much rather prefer this person to be silent, forever, wishing they would relegate all communication to the written form, if only he or she had the brainpower, if only he or she could muster some legitimate thought? Is it not the duty of man and woman to other men and women to think and apply the mind toward some ideal? Is it not the duty of a human being to wish to improve the life (and thereby, the ideas) of its fellow human beings? If so, doesn’t this require the human being to suspend the sick motion of its diseased mouth until it has properly prepared what exactly it is to share? Is this not a common notion? Is there no morality in keeping silent?