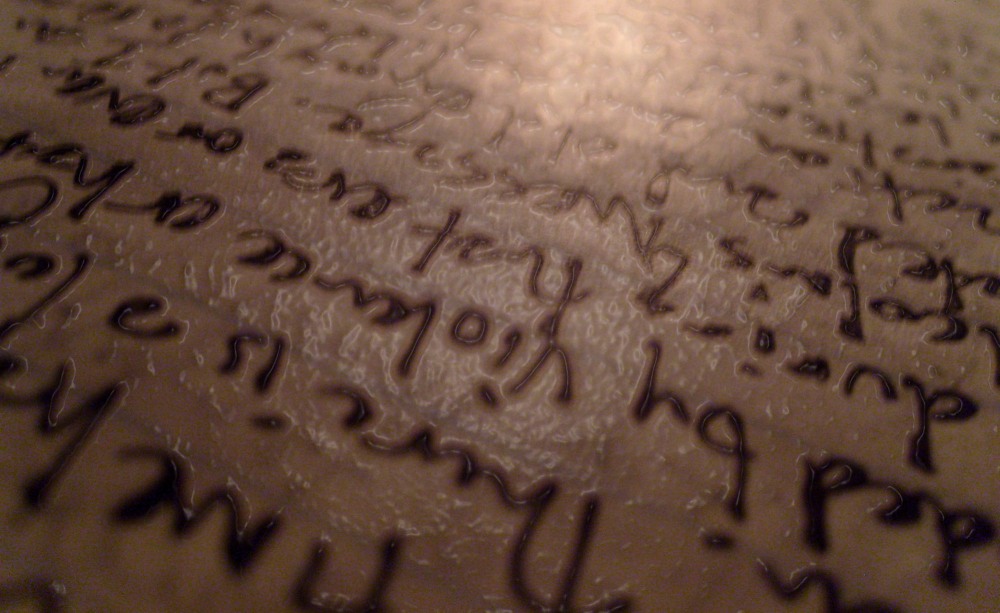 In this room he sits facing the processor with papers and notebooks scattered about the desk and the rest of the room is bare save for a small window draped in pages of his various manuscripts to shroud the room in timelessness. A pastel glow from the desk lamp splashes his shadow on the bare wall at his back and outside this room explosions wrack the terrain and crowds move in subtle majesty of sheer mass and pestilence devours entire races of people like waves of viral famine and messages of hope and peace infiltrate the violent leanings of men but contained within the walls of this room are the most profound things, for this is where the spectacle of the outside world is extracted and concentrated and enumerated for posterity.

There is news in his village of a great earthquake across the globe and lovers stroll easily through the city square but in this room the streets of Mexico City burn with the energy of rebellion and New York’s midnight veins purge the police presence from the subways and the children of London dance upon the recycled ashes of autocracy just as Afghan warlords slink wormlike and intrepid through the dusty darkness down secret doors into caves sweet and warm with human vapors to plot their violent logical ends. Floods and windstorms reshape the surface of the earth and he sees himself in the crowds, the swaying hunger marches and chaotic zigzag sprints from terror. He sees his face looking back up at him in the words he creates, the meta-messages and diatribes against authority. He stares into his own eyes and smiles at the likeness, torturer of innocents, playing both victim and tyrant, ultimately a patriot for freedom of thought and individuality.

For he only recognizes himself when he’s creating. The world continues to revolve and shudder deeply and burn in places and he’s huddled in some dark corner of the planet somewhere, in this room, thinking, staring into the mirror of his thoughts. He sees himself and looks away, focusing deeper, because he knows he is only relevant as a medium of the message, and at the root of his ability lies the most fundamental purpose, a vehicle in the continuous search for truth.

In this room the walls are tremulous and time is heartless. He taps at the processor and scans the papers, jots some notes down in a pad. He can’t remember his name. He only knows that no one shares it.

One thought on “In this room”